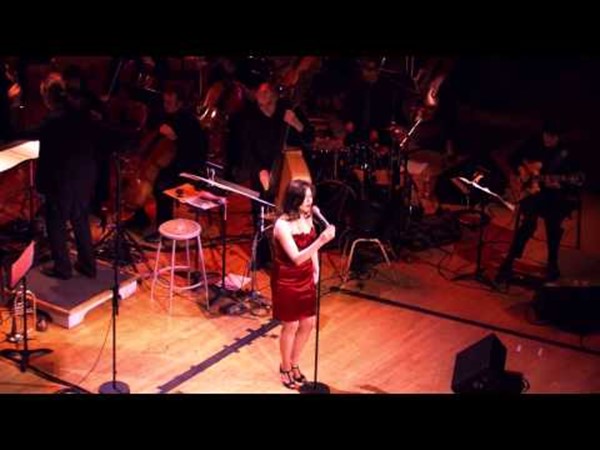 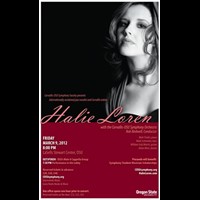 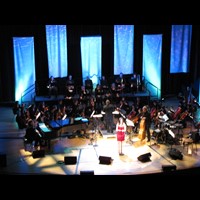 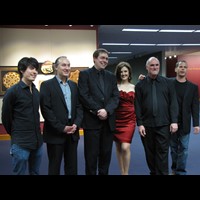 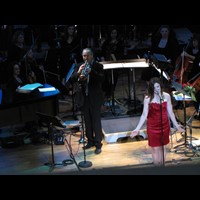 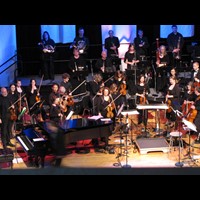 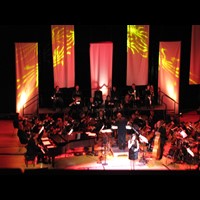 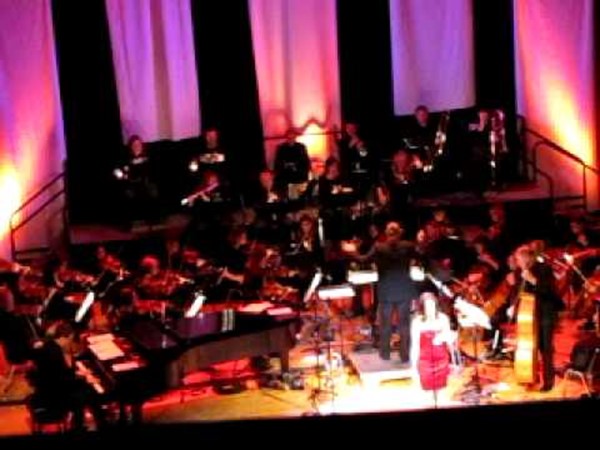 We did it! Here's my own sharing of the show, how it came to be, and the performance:

First of all, it was a true pleasure to once again be the guest conductor of the Corvallis-OSU Symphony - it's something I indeed treasure.

Here were the details of the concert itself:

What: Halie Loren with the Corvallis-OSU Symphony Orchestra

This was a special performance featuring internationally acclaimed jazz singer and songwriter (and Corvallis native) Halie Loren with the orchestra. Rob Birdwell served as the guest conductor.

ABOUT HALIE LOREN...
"With a vocal sound and approach that will remind you of some of the greatest jazz-pop singers of all time, Halie Loren is one of those unique artists who can make any song sound like she wrote it. And of course, she just may have!" Rob Birdwell

How The Show Came To Be

Back in August of 2011, I still had no clue what the pops concert for 2012 would be.  Marlan Carlson said after the success of the Botti concert that we'd simply have to follow up with something in 2012.  There was talk about Arturo Sandoval (no complaints here!) and I think there were other ideas floating around.  But by late August 2011 there was nothing set as far as I knew.  As fate would have it, I was given a Halie Loren press kit back in March of 2011 - it never reached me personally until July or August 2011 though!  As I listened to the tracks (After Dark and other tunes) I was amazed that I'd never heard of this artist...so I did some of my own research.

Turned out Halie and Matt were playing a gig in Corvallis in August, so I was able to get in touch and mention I'd be there.  Naturally, being a musician, I was very interested in the possibilities of playing along - and at Enoteca that August I got a chance to hear Halie and Matt performing as a duo - a very compelling and professional sound even with all the "bar clatter."  When Halie invited me up (and to her credit, she didn't have a clue really who I was!) she asked what we could play - I suggested "How Should I Know" - a tune from her "They Oughta Write A Song" CD release - it's a song she co-wrote and one that sounded like a standard to me.  I can't recall what I played (just the usual horn backing under a vocalist thing) but Halie must have liked something because we played at least one other - and I think it was Sway...that one was fun although I wasn't as immediately familar with the chord changes so I was fishing for a two or four chord that simply wasn't there! (Story of my life!)  But it was a nice night and it was nice to make some new musical friends.  I said to my wife (Christel) on the way home that night that I wish I could get a second shot at that Sway tune!

Flash to late September 2011 - Halie, Matt and the band are almost done tracking their next CD "Heart First" - they're told by their record company that they need the mastered tracks by mid October - not mid December as they thought.  So I get a call on a Wed. night (I know it was Wed. because I had to awaken early on Thursday morning) from Matt & Halie asking if I wanted to play some horn on a track - looks like I was going to get that second shot, as the tune was Sway!

So I go into their studio (it's very nice) and there's Halie at the board, Matt is there too and Larry is helping set up mics.  We spent a few minutes testing out the differences between various mics and finally settle on an inexpensive ribbon - it just sounded best with my Flugel and Trumpet.  It was a very fun and low pressure session.  Ended up playing not only on Sway (either Halie or Matt had the idea for a little instrumental intro which I was all too happy to play on!), but on 2 others:  Lotta Love (sort of a Burt Bacharach thing as far as the Flugel part) and C'est Si Bon where I added some muted trumpet backings.  Driving home that night I felt great - Halie and Matt were so hands on in the studio (and I can relate!) and from listening to their previous work I knew they'd be able to mix it all up in a very musical way - and boy did they.  Heart First is really a fine CD!

And so long story, short (or even longer) I felt there was a strong case to propose Halie and band as being the featured pops concert group.  There was an attempt at getting an opening act, but that sort of didn't work out this time (maybe another day!!) - and so then all that remained was to plan on a 5 month development cycle to get the charts ready.

Matt Treder (Halie's long-time music director and collaborator) took on the daunting task of adapting his combo arrangements for the orchestra - no easy job folks!  I contributed arrangements for Sway, Feeling Good and After Dark...Matt actually had a good start on the string parts for After Dark - we talked about expanding it to add winds and brass and with all that was on Matt's plate it seemed like a good one for me to just run with a full orchestral treatment...so I did.  I think Matt and I both learned a ton throughout the experience.  I even learned Sibelius as it was useful for score review, but I'm probably still a Finale guy for the forseeable future.

Finally I'll just close here with saying that every orchestral collaboration is unique and offers a new set of challenges.  For Halie Loren, an aclaimed jazz/pop performer and singer-songwriter, getting to hear her work with the backing of an orchestra was a dream come true - but it was also wonderful for all of us involved. It's just not every day that the right combination of talent and opportunity come along. But when they do, it's good to be prepared.

Okay - enough said (or I'll edit and add more later!).  Now I must get back to practicing and writing some new music.  I'm not sure, but I suspect there's something around the corner...maybe not soon, but it's coming; and I'm not nearly prepared for it...but I hope to be!

And special thanks to my dear family for their support, Halie and her A+ management team (Lynn, Shelia, Larry), the Corvallis Symphony Board, Marlan Carlson, the LaSells Stewart Center staff, and the multitude of volunteers, all of our good friends and supporters, and everyone who came to see the live show!  Thank you all!