The Relationship Between Programming and Music - Part 2

In 2003, I posted a short article entitled "The relationship between programming and music" - since the post was on a popular tech site, it was probably more widely read than most of my posts (and certainly my music!).  It did, however, seem to strike a chord (pun intended) with many readers, many of whom presumably also wear the musician/programmer yoke.  Now, nearly 10 years later, I'm following up with this "Part 2" article.  Enjoy! 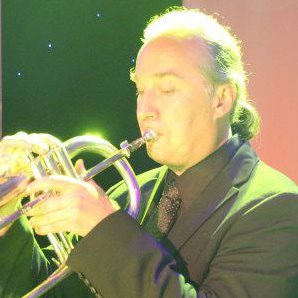 Over the last ten years since writing "The relationship between programming and music," my involvement as an active musician has evolved considerably from where I was back then.  I've conducted orchestras and rubbed shoulders with giants.  I've continued to write and perform and am honored to get to perform with such an amazing and diverse group of musicians that I'm continually excited about every new day and all the great things to come.

But I often joke that if I were to live on my musical income and royalties alone I'd be living under a bridge, which is of course no joke.  It's the truth. I still have the "day gig" and still write code.  Still, many gigs, collaborations and musical adventures later have only made me more aware of the importance of music, the arts, and creativity.

The music-programming relationship plays close to home for me - I live and work it daily.  I literally go from teaching a lesson or a course, back to writing a service procedure to fetch data for a client.  I go from playing gigs in front of 10 people or 1000, and then I'm back to helping a client with their web site.  It's nothing special - we all wear a variety of hats.

Both music and programming involve creating something from a very abstract concept or inspiration.  Where programming and technology can be wondrous and grand (involving everything from a simple web site to collecting data from distant galaxies) so too can music. Both involve a "commerce" aspect (i.e., commercial music, commercial software) - and yet both can be approached purely artistically. Both can be deeply personal and expressive.

Writing, performing, and producing music, for me, are my preferred creative outlets. And naturally it would be great if royalties from my creative efforts paid the bills and much more. Alas, programming may still pay most of the way, but music satisfies the soul. Where programming can yield a sense of satisfaction on many levels, it is fraught with a seemingly endless cycle of failures, setbacks, bugs, and technical hairballs - all of which require massive amounts of time, energy and focus to get to yet another phase where the challenges may be even more difficult, vague and/or impossible to overcome. Factor in a variety of team members, personalities, management types, and other strong-willed and very smart folks (not to mention the pressure of time/money/deadlines) and the creative side to programming is muddled enough to drive even the most geeky of us from the cubical, grab the nearest instrument, and head for the nearest grassy knoll to compose a simple melody.

But as anyone who has ever tried to learn an instrument or perform a challenging piece of music or write/produce an album's worth of original material will tell you, the art of the practicing musician/artist is far from simple and not for the feint of heart. I know all too well the sweet siren call of music - it's lusty allure and sensual promise; only to wake up to realize my efforts, however passionate and sincere, were simply done because I had no means to resist the work that had to be done - my true calling - which perpetually causes me to be late for work! (Thank you flexible work hours!)

As someone once told me long ago when I first started programming in order to support my family: "programming is a really, really great hobby." The same can be said of music. So although I consider myself substanitively to be a "professional" musician, truth be told, I'm just another amateur who gets paid now and then. That's the league I play in; where the pure and simple love of the game is what drives me.