Bird From Mars was the 1987 through 1991 duo collaboration between Wade Marsten and Rob Birdwell.

Wade and I met while at the Dick Grove School of music and began collaborating on songs after we graduated.  Wade, a terrific guitarist and singer, convinced me that I should take up the bass.  I did.  3 months later we played our first gig - it was pretty fun.

We performed under the name Plus 11 for a while among others.  Steve Wagner (a singer/songwriter and real nice guy) played drums during that time. 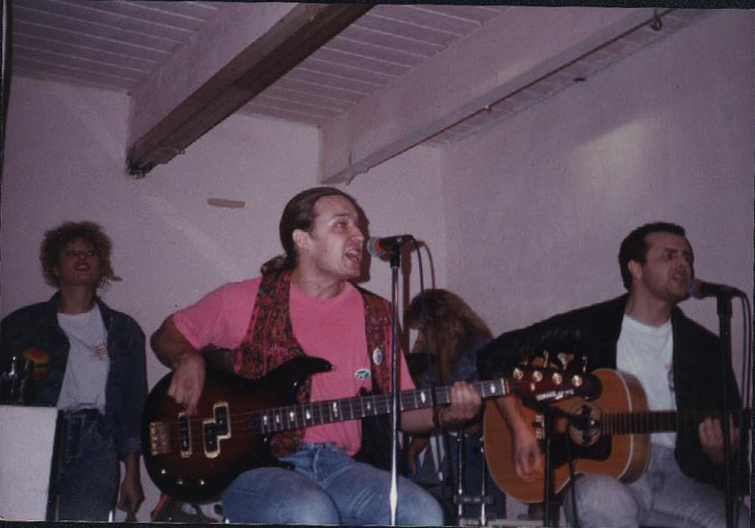 We played the 8121 Club in Hollywood.  I think my car got towed this night.  Good times.

The culmination of our collaboration was a pretty cool collection of songs called "Two Voices" which was released in 1991 on Red Planet Records.

There are some public access videos in some vault somewhere of Bird From Mars (or maybe we were still Plus 11).  I was playing keyboards at the time although I did play Trumpet on "The Man In Motion" - it was lower than low budget but it was fun to get makeup and do the camera thing.  It wouldn't exactly happen again any time soon!

I'm posting the "Two Voices" credit listing here for my own memory/archive.  So many things get lost in the mix and everyone here contributed to the first and only Bird From Mars release.

I have boxes of songwriting tapes that Wade and I made.  We wrote songs every night for months that ran into years.  Ah, to dream.