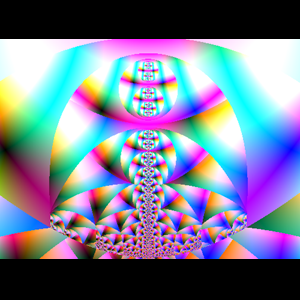 This is, I believe, the ninth chart we were assigned: Latin big band. The progress we’d all made to this point is staggering. By now, intros are thematically tied to the core material. We’re writing settings for solos, which means composing background lines (which to this day I love to write) and little featurettes. One of the greatest honors I’ve ever had, musically, is being able to stand on the podium in front of an orchestra - I’ve been fortunate to be a guest conductor for the Corvallis-OSU Symphony off and on for many years and have done a fair amount of musical theater conducting. In almost all of my “pops” arrangements I’ve strived to write “featurettes” when possible and appropriate. They can give a chart character and it’s a chance to give a musical “moment” to a specific section or group of players.

I think the only thing I knew about this tune at the time was that it was written by a guy named “Joe Beam” (Antônio Carlos Jobim of course) and that he was really great. I’d played some of his tunes in various jazz groups. I can hear and sense Dick’s teachings in this chart - I can’t say for sure if I hit all the marks, but the chart seems to be one of my most mature for me at this point in the program.

But we have no time to rest! There were more tunes and techniques to learn. We were just scratching the surface.

Being a CAP student at The Dick Grove School of Music was like running a marathon three times a week. Daily classes went on in addition to these play downs. Whether we were learning synthesizer programming (DX-7 was the main focus), part preparation, harmony classes, along with weekly guest artist lectures (Henry Manci, Billy May, Bill Conti, Johnny Mandel and many others), and the Sunday night lectures Dick would give to all students, not just CAP. In short we were immersed with musical ideas and the discussions were fascinating.

In the midst of all my CAP studies I got a terrible call from my parents one morning that a good friend, Tom White, had lost his life in an accident while at his college. He was only 19 years old. This was devastating for his family and completely shocking and incomprehensible to everyone who knew Tom, who was so full of life and promise. Attending Tom’s funeral was about the only time I missed any classes while at Grove.

A memory recollection - I went into Dick’s office (a separate building next to the school) to let him know I’d be missing a day or two of class. Dick was in his office writing. He was respectful and sympathetic and I could tell he was so sorry to hear this news about my friend. Next memory: shortly after speaking with Dick, in disbelief that my friend is dead and nothing makes any sense - I’m walking, crossing the street on Ventura Boulevard to get in my red El Camino to drive home and get ready to fly home for the memorial. I’m thinking of Tom. I’m thinking of all the life he’ll miss and the love and joy lost. I’m thinking of his parents, his brother and sister and how nothing in life has prepared me for this or could have. I’m reflecting on my own life to that point, which felt selfish. I wasn’t even 21 years old yet. What did any of this mean - all the striving, all the hard work, all the dreaming? I had no answer - but I told myself that I was going to commit myself even more to living, loving and learning with a deeper purpose. Maybe our best efforts are soon turned to dust. Maybe there was no meaning to this life after all. It was a dark time and one that makes me sad to this day.

Yet in a way that is hard to comprehend, life went on. There was a funeral, we all cried, I flew home, and was back at Grove attending classes and preparing for the next chart.

About a year after Tom’s death, I had dinner with his parents when they visited L.A. Life had carried on for them too. They were devastated, but were trying to carry on with their own lives. They were young parents who still had two beautiful children and a lot of living to do.

On a happier note: anyone know who the guitar player is who graced this track? Love his solo and how well everyone played - and dig the amazing drumming and percussion!