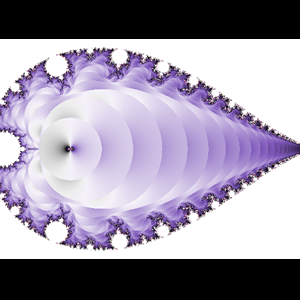 This is another big band chart - a trombone solo ballad feature. Again, I’m not sure if I picked this tune or if Dick assigned it. I may have picked it as I had a Real Book at the time and I liked the chords as they were fairly easy for me to play on my Casio 7000 keyboard. It features some nice wind doubles, liberal use of mallet cymbals and even glockenspiel! I think the intro sets up the trombone solo entrance well. It’s such a beautiful tune and the trombone player on this recording is simply wonderful. If you know his name (I do recall it was a guy) then let me know so I can give him credit!

The sax soli after the trombone solo seems spot on. At this point we were all getting used to writing for this “big band” setting - only this time we could use doubles (flutes, soprano sax, etc) in additional to full sax section, trombones, trumpets, rhythm section, with vibes/mallets. Lots of colors and choices. We were getting to use our discretion using mutes in the brass and even explore mixed orchestration. But having some musical instincts to build a chart to peak and flow was still something we were all still working on. Keep in mind that we were also writing under some constraints in terms of how long the chart needed to be. Dick was grading us on a variety of criteria. Much like an ice skater, we had to hit some compulsory moves in every chart.

If we deviated from Dick’s guidelines we likely had some explaining to do. The whole point of this stuff was to prepare us for the “real world” where a client may not be so forgiving. I think I mostly tried to stick to Dick’s guidelines. Some of my classmates would, every once in a while, do something a bit wild and crazy and perhaps go off the rails. They might do this for a number of reasons - fatigue, panic, or simply rushed through writing their chart. It’s damn tough to fall behind when writing a big band chart and very easy to miss the mark if one didn’t have a solid “concept” before writing. We were being groomed to be able to write anything on demand so it was important to stay within the scope Dick laid out for us. Commercial music has lots of room for creativity but if one doesn’t listen to the requirements or meet the musical needs of the artist or producer then you might not get called back in the “real” world.

I’ve always been proud of this arrangement. Once again, Dick had planted the seeds of concepts, ideas, and techniques for us. Like a great coach, he instilled us with everything we needed - all we had to do was execute.

Daily classes with Dick Grove were filled with many chalk-board sessions (whiteboards hadn’t been invented yet!) and we were always mesmerized when Dick would play piano, often constructing or de-constructing chord progressions, re-harmonizations and sometimes entire arrangements on the fly. His mind was so fertile - it was like watching a magician pull a beautiful naked lady out of a hat. Yes, a whole naked lady! Dick Grove was simply that amazing of an educator and we were so lucky to be in the room with him.