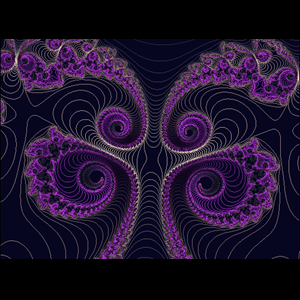 Did I mention that the CAP program at the Dick Grove School of Music was challenging and at times exhausting? Why yes, it was. Lack of sleep before a playdown usually meant I slept for 14 hours straight the next day! It was challenging intellectually because the proverbial bar of knowledge and skills that Dick kept feeding us weekly kept getting higher and higher. Each week there was more to incorporate into our arrangements, more things to attempt for the first time, and lots of “mmm” moments looking at a blank page.

One of my classmates - was his name Evo? I think it was - spoke Spanish and/or Portuguese and I’d asked him how to say “sick and tired” because I was literally just that. And so I named this original tune that, but in Spanish and which looks beautiful as a title and sounds less weary to my English speaking ear. But I wasn’t sick and tired in some angry or discontent manner - more of the deep bone tired variety. I wasn’t just going to school at Grove, I was working as a lifeguard and swim instructor part-time to pay my rent and relatively small bills. That meant some early mornings - sometimes I would be writing or copying parts until 5am and would just stay up and ride my bike to the East Valley YMCA to open up the pool before 6am. Sometimes I would close up the pool at 10pm, do the chemicals and turn some valves or whatever I did in that boiler room chamber. One night I left the wrong valve open and drained the pool so that when I arrived at 5:50am the next morning the pool was not fit for swimming. I had some angry early morning swimmers and I can relate. But still, I was suffering for my art and now it was their turn! Thankfully I didn’t get fired.

But I almost did get fired at my job at the YMCA when I was caught doing my Dick Grove homework while guarding the lap swimmers. A guy in a suit slid up beside me and asked me what I was working on - I explained I was writing bass parts for a class, really important stuff. I didn’t realize that he was the boss of the whole place. He didn’t say a thing, just walked away, presumably back to his office. He must have been a musician because all I got was a short lecture from my immediate manager.

I think Enfermo Y Cansado is a very solid original tune and chart. It’s sort of like Black Orpheus but different enough and the melody and background elements combine nicely. The bridge is a nice touch. Placement of the lead trumpet part is spot on and very well played!

But best of all, in my opinion, is the Flugelhorn solo at 1:25. I don’t recall her name but I was deeply in awe of her. As the composer/arranger for this tune, in my young mind, I’m all like: “Girl, I’m giving you two full choruses to blow - because, well, you’ve got me all stirred up; and I don’t care if I get graded down for this either.” Actually, writing a chart to feature a great soloist is one of the techniques Dick Grove strongly advocated. But another lesson was that while we write with our minds, the music ultimately comes from our hearts. The other side note to this little story is that she swam at the YMCA on occasion and yet I still never was ever to know more about her. I think her husband was a musician too and they played on Grove sessions together - what a team. Anyway, whoever you are dear flugelhorn/swimming master, your playing is beautiful and I’m still in awe.

My time at the YMCA was a means to an end - pay the rent/bills. But it gave me a chance to stay connected to the pool, workout on occasion, and even teach swimming lessons. I’d be guarding the pool and watching various North Hollywood notables swim their laps. Actors, musicians, directors, professionals, retirees - all sorts, but definitely a unique (North) Hollywood cast. I knew many of them by name and many would be very friendly with me and chat which was nice. I met a guy named Bob who was a huge music fan and he invited me to visit his home to explore his vast record collection. Bob was a happy older guy with an infectious laugh. He had musician friends and invited me one of their rehearsals and I brought an original chart with me (“Tujunga”) and they played it down. Even after Grove, Bob would call me and invite me and my then girlfriend to attend various market research sessions where we’d make an easy $40 cash.

Another fellow old-timer lap swimmer I remember would give me some valuable advice. I confessed to him that I had absolutely no interest in learning about the boiler room or pool administration - I was a musician! He told me, earnestly, “Rob, always learn everything you can about every single job you have. Be the best at it. Become invaluable to the organization.” Good advice.

One additional side story: when I worked at the East Valley YMCA, an actor who was maybe a couple years older than me would pull up in a beaten up beige Volkswagen Beetle Bug. I could see him pull up through the steamed windows that were still there when I visited L.A. in 2017. His name is Casey Siemaszko. He’d swim laps and sometimes we’d chat. He knew I was at Grove and would ask how it was going. I’d ask him how his acting was going - he was always auditioning. Turns out I’d actually seen him in a made-for-TV “Amazing Stories” episode called “The Mission”. He played an animator who literally draws his way out of certain death. I was starstruck with Casey but he was such a regular and nice guy that I felt lucky to have met him and to be able to chat on occasion. Well, Casey is still acting and has been in a ton of TV and movies and you’ve likely seen some of his work!

Hey kids - follow your dreams. Take notes and keep a diary too!