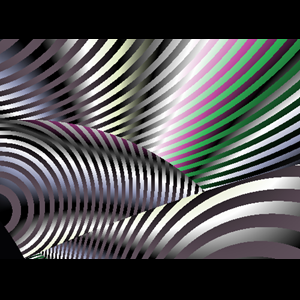 We’ve got banjo, clarinets, muted brass, and tuba! This is our 1930’s style chart and I’d pepper it with a little Dixieland.

I think I was a little intimidated about arranging this tune - possibly even more than arranging in the Latin style. First off, it’s Gershwin, and that alone seems a bit sacred to me. Second, what if I messed up on the fascinating rhythm part and it wasn’t so fascinating? No time for insecurities - the chart had to be written.

The intro is similar in character to my first songwriting demo in 1985, a song I wrote called “It’s All Music To Me” which was a cheesy little swing ditty. Writing intros is not as easy as you’d think and coming up with something “original” can be a challenge.

As a trumpet player I’d been exposed to this style and had performed with older players when I was 19 at gigs when I was at the University of Idaho. And my trumpet teacher throughout high school, Del Hartman, was an amazing improviser and could play as good as any human on the planet. So yes, I knew my way around the keys of F and C. Every arranger knows that it’s illegal to write a Dixieland tune in any key other than F or C. ;)

Be sure to check out the Dixie break section about a minute in. The players are pouring it on! I mean seriously, they are giving it up! What an honor to get to arrange for them and have them make it all sound so good! The trumpet break is a thing of wonder (what a great sound!) and the clarinet is fabulous as with the trombone work!

The arrangement has some swagger to it. I clearly put a lot of work and time into it, despite probably being exhausted like many of us were getting by this point in the course. And we’re probably not even half-way through the year at this point - still a long way to go.

I wonder if I brought the sports whistle to the session or if the percussion section had one?