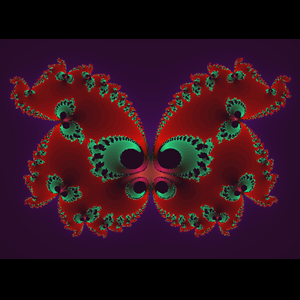 This assignment was called “dramatic pop ballad for small orchestra” (or something like that). This orchestral “pops” sound is a genre I would revisit again in later years, with some modest success.

I wrote this song for my Mom, Christine - her middle name is “Marie”. The singer on this is Peter and he does a very fine job. It would have been a perfect tune for my roommate Jeff to sing on but I must have messed that up somehow. Still, Peter puts his heart into it and I was lucky to have him singing in the booth on this day!

As I’ve mentioned, my parents (Bob and Christine) were the best supporters I could possibly have. We weren’t rich and college was expensive. The future is always uncertain and no one really knew where all this stuff would lead to or what it all meant. I didn’t have to battle any of that. They both believed in me and supported this silly dream of being a musician, arranger, and songwriter.

I’m sure my Dad would have dug it if I wrote a song for him while at Grove, but he’d have to wait a few years for that. He told me a joke going around at the time about a guy that played country music backwards and “good” things suddenly started happening for him. Around 1991 or so I took that idea, wrote a song about that and sent it to him - he was totally stoked about it and did his best to promote it and even tried to get airplay. Alas, this music biz shit is tough!

This arrangement has a touch of melancholy about it - but the pre-chorus and chorus are uplifting. I’m clearly writing from the heart and there’s a mix of multiple layers beyond just “the chart” and getting the assignment done: a son’s love for his mother; dealing with the recent death of one of my friends; witnessing how emotional it was for not only his parents, but my own parents at his funeral; realizing at a young age that life is short, so make sure you say what you need to say to the ones you love...don’t hold back! So yeah - “Marie”.

Musically, the arrangement works to my ear on many levels. I also realize that to the casual listener it might sound sappy - and maybe it is that too. But it was an assignment and all of us in CAP had a job to do, a score to write and parts to get on the stands. So yes, say it’s sappy, but it’s my sappy! It’s an original tune and lyric - maybe I’d just turned 21 by now - and since being a songwriter was just as important to me as arranging and composing (maybe even more so), this was a chance to showcase my “songwriter” chops. And then of course I had to arrange and orchestrate this little song. Such a great lesson and project Dick Grove set us up for.

From such a simple song I’d pawed out and howled along to on my Casio 7000, to a full-blown arrangement for a small pops orchestra with a budding professional singer. I’m guessing Peter (the singer on this track) must have come over to our apartment to learn and rehearse. And with deep respect for Peter, it should have been Jeff singing on this. He was my roommate and a super close friend by now - he was missing his family, Mom and Dad, and I know he too would have poured his heart into this - and I can hear him so clearly - it would have been a great tune for him to sing! Some years later Jeff would grace my musical project Goodbye L.A. - the project would only yield a series of demos and would never make it to any stage, but Jeff’s voice, passion, talent, and generosity has always meant so much to me through the years.

Simple ideas. Humble beginnings. Fragments. Confusion. Resolution. That’s how these things begin and how they evolve and grow. It’s how I was growing too, along with my classmates. One chart at a time.