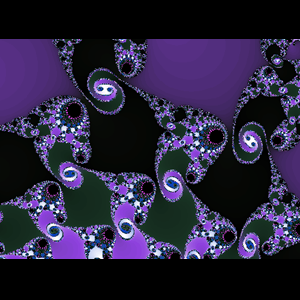 This assignment was probably called something like “radio theme” or something like that. I wish I knew more about what the other students wrote. We were assigned to write two distinct “spots” and this was the first of two - the second being “Sports Fever”.

This theme is a creepy and scratchy little offering. Basically some haunted and scary music to evoke suspense. I was and still am a fan of old radio shows. To this day I fall asleep to them almost every night (CBS Radio’s “Mystery Theater” being my favorite) and, in combination with modest amounts of CBD, I’ve got the sleep thing down.

It must have been strange for the musicians to play down such an eclectic mix of music during the two days of play downs. Playdowns were typically divided across two days for our class - Mondays and Tuesdays. I think we alternated each week. It really didn’t matter which day - if you used your time wisely and didn’t procrastinate you’d meet your deadline. It would almost always be tight, but you’d make it. I think there was only one time when I was still copying parts up until the hour or so before my playdown and that kind of stress is no fun. The best feeling with any project was when it was finished the night before since we were always chasing sleep and of course there were little things like work in the morning for me (guarding the pool at the East Valley YMCA).

Musically I have a deep appreciation for this effort. It’s compositional - not a swing chart and no rhythm section to fallback on. It starts off somewhat Twilight Zone’ish, without being a blatant steal. The scratchy sounds in the beginning are made with an electric guitar- kudos to the player for their restraint. I don’t recall how I scored it but I would bet I asked Jeff Siri (my roommate) to play some scratchy stuff and I then took some of those ideas and wrote mostly words for the guitarist. I’m not a guitarist although I did eventually take up some bass after Grove. I wrote for the winds as idiomatically as I knew how. Harmonically I was stretching because this wasn’t “jazz” harmony 101, it was something else. The melody is in the cellos and basses with muted french horns (channeling the CBS theme), muted trumpets - altogether a rather menacing sound. I have no idea what kind of horror this theme would underscore but it didn’t really matter. There probably wasn’t much room for a voice-over, but that wasn’t a requirement for this project.

The cellos build while all the other low instruments fold in. I think I wanted a big gong at the end but the percussion makes due with a cymbal. It’s a pretty creepy sounding cue!

Dick’s feedback was constructive - he suggested that composing a more distinct ending would have made it work better and I agree.

Food reminiscing: how the heck did I feed myself? I don’t know for sure. I wasn’t exactly knowledgeable about nutrition, although being a competitive swimmer should have taught me something about the basics. I think I mostly fumbled around with Uncle Ben’s Rice, Campbell's Soup, fried potatoes, pizza, bananas, apples, carrots, plenty of white bread and liberal quantities of peanut butter! I didn’t drink coffee and didn’t really drink a lot of alcohol except for the occasional beer or “wine cooler” with friends now and then. The one time I made coffee in a desperate attempt to stay awake and finish a chart I ended up on the couch for over an hour with a case of the sweaty chills. I was annoyed that the coffee had made me lose time instead of making me productive so I vowed to always just fight through sleepiness and physical exhaustion without it. There was a wonderful food cart next to Grove that served up falafels and even though I was tight on money, that food was the best! So I guess I did eat okay - my roommate Jeff was probably slightly more mature when it came to eating right and his fried meat thing (was it Spam or ham?) would fill the room with a delicious aroma. Even as a vegetarian/pescatarian these days I’m sure my mouth would water if he was cooking it again. I think he’d put a slice between two slices of buttered toast and dinner was served for him! Jeff would work some early shifts in downtown L.A., loading trucks and I think he’d bring home fruit and veggies on occasion. I’d awaken sometimes at 3:30am to the sound of his relentless cereal crunching, pushing every flake into the milk with his spoon for several minutes to get every flake the right amount of soggy. I was never annoyed by this, just amused. We’d laugh about it and I was just glad I could go back to sleep in my little closet.