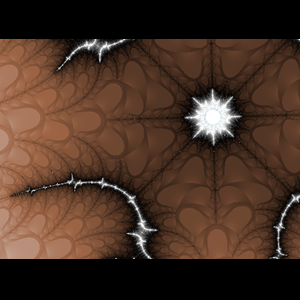 Big Band vocal ballad feature, 1940s - I believe this is the official project assignment name. We’re very near the end of the course by this time. It’s probably November of 1986. Ronald Reagan is president, Prince and the Revolution are going strong, and there’s surely a jar of peanut butter in our 1960’s turquoise refrigerator that is undoubtedly in need of defrosting. Once again, I have Eve Terran to grace my arrangement with her sultry vocals which are endlessly pleasant. I’ve mentioned that those of us in CAP were surely weary most of the time - lack of sleep, homework, arranging, copying parts - and the intro to this tune reveals some of my own fatigue. I took a chance on writing an intro that was somewhat compositional - on the first take it sort of fell on its face as the musicians tried to get a handle on what the heck I was aiming for. Humor maybe? We grunted through it and Eve laughs a bit and it was pretty funny - but I recall starting to freak out a bit on the podium. But fortunately the musicians on this second and final take, once again, make the intro, and entire tune, sound better than it should.

The body of the tune is very well arranged. Even through fatigue, I’m writing the big band thing with some style and maturity, employing as many of the devices and concepts Dick had been talking about all week. The clarinet block voicings are a nice sound - Dan Bukvich from the University of Idaho was the first composition teacher to introduce me to this technique, and Dick Grove taught this technique as well. Unison trombones take the middle bridge and my transition with the saxes and the interplay with the brass seem to evoke something a bit more modern than a 1940’s sound.

As Eve begins to sing, I think it’s safe to say that the chart is going to work just fine. I spent a lot of time listening to Eve on this tape - it’s a wonder I didn’t wear it out - and reflecting on not only what I thought worked or didn’t in the arrangement, but marveling at her vocal performance.

One of the highlights of going to Grove were the featured artists that would speak to us, typically on Sunday morning. That was usually a good time to sleep in from a long weekend of writing and preparing for the Monday or Tuesday playdown, but Dick wanted everyone at those artist sessions. If I missed any I deeply regret it, but I tried my best to make them all. I recorded Bill Conti’s entire classroom talk on my little portable tape recorder. I clearly remember a packed room when Henry Mancini came to talk to us - Hank seemed a bit grumpy at times - maybe he was happier in others, I can’t recall - he was casual, dressed in a blue sweat suit or sweat jacket, but it was a thrill just to be in the room with him. Billy May brought some of his scores in - they were such meticulous masterpieces they looked like they should be in an art museum! He was a true legend and I was absolutely floored by him and all the guest artists that came to Grove to tell their stories, not just about music, but about their processes, their experiences, their successes and even some of their failures.

Another recollection: I’m in Dick’s office - you’d think I’d spent a lot of time in there but I promise you that there were only a few times I was actually in his office. I told Dick I was impressed with a certain musician that Dick had talked about in class - I won’t mention the person’s name. But in the privacy of his office, Dick told me that this person was absolutely miserable in life - a very unhappy person. This came as a shock. The perception I had of their “success” was clearly not the entire picture. This was Dick being honest with me and he taught me a valuable lesson, though it would take some years to fully grasp the gravity of it - he was making it clear that “success” came in many forms. When we hear a great theme on TV or nostalgic instrumental melody that some musician poured their talent into, it doesn’t necessarily mean that that person themselves is a happy person or that their lives are complete. Hopefully they are! They simply did something well in a very brief moment of time.

Dick gave us all advice - some students may have thought it great while others maybe not so much. But for me, just about everything Dick said and taught resonated deeply. Perhaps one of his most honest words of wisdom to us all was simply this, and I’m paraphrasing a bit: “Kids, give it a go for a while here in L.A. if you want - but after a period of time go back to your hometown - AND TAKE OVER!”