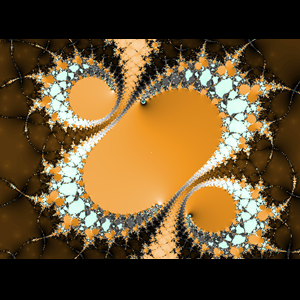 You’d probably never guess that this is my first ever big band arrangement - I think it sounds pretty good. It’s fairly short but all the elements are there. Big and bold intro, nice phrasing, and lots of attention to the rhythm section, background elements.

Oh, did you hear the “yeah” and applause at the end of the take? I did. And I can tell you that that meant a lot to me. Hearing it from the players especially.

Keep in mind that the players in these Dick Grove CAP sessions would be the same players soon to be playing other big time recording sessions, movie scores, touring with live acts, you name it! You can hear how good they are on the recordings; doing their best to play down student arrangers’ works and making them sound even better than they should. But that’s sort of what good arrangers do too. They know the players will make their chart sound good, so they give them the lines, voicings, and settings that will allow them to do their thing!

I think I wrote 16 measures of a big band chart when I was in college before Grove. I didn’t have the confidence or know-how to get beyond that. But with this chart, I had finally broken through. My classmates broke through too. Thanks to Dick and his staff, we all had a working procedure and some solid tools to begin to employ some craft. We now knew that if we stuck to the “plan” we could always manage to get the chart done. That was no trivial thing.

With each of us from different backgrounds and experiences (and other parts of the world) listening to the playdowns of my fellow CAP classmates was always interesting. There was a lot of support for each other since we were all going through some similar stresses, dealing with deadlines, daily class schedules and life.

Being one of the younger students in my class (maybe the youngest at 20 when I started), with no girlfriend, I was mostly able to maintain a single-minded focus on my Grove classes and projects. It was the most important thing in my life at that time. I was in a city of dreams and, internally at least, felt like one of the town’s biggest dreamers!

Some of my other classmates may have had a tougher time - some were from other countries and had to deal with language issues if English was not their native tongue, while others may have been in relationships or perhaps even had a spouse and children. That must have been very challenging. Several in our class had to drop out after the first quarter or so. CAP was nothing anyone could just dabble in casually.