Song of the Wind 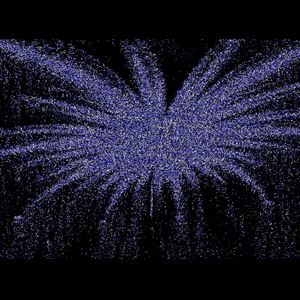 This was our final CAP project. The assignment was to compose and arrange an original composition for a thirty-something sized studio orchestra. We were given two weeks to complete this assignment, which was a welcome relief from the usual one week turn around - what a gift to have all that “extra” time. A video of this session was recorded in addition to this audio and is available on YouTube: https://www.youtube.com/watch?v=1f66S5gl9oM

We CAP students had come a long way. From our humble beginnings writing for a couple horns and rhythm section to composing for and conducting a small orchestra - all in one whirlwind year-long program.

Musically speaking, “Song of the Wind” is a big step for me. While we’d had opportunities to write compositionally to some extent, Dick was really giving us a lot of latitude to write whatever we wanted. The only constraints that I recall were: keep it around 5 minutes and write for all the instruments in the orchestra - oh and probably something like “and don’t fuck it up!” But what I’m certain he encouraged us to write a piece that utilized the appropriate techniques learned throughout the year.

What I recall of my composing process for this tune: a couple blank sheets of paper; writing out some sort of “blocking” based on some musical fragments; a tone cluster, probably inspired by the film course we CAP students took with composer David Angle; building out those shapes and fragments into some sort of simple top-line sketch; making sure I had about 5 minutes of music; and finally, laying out my score. The one thing we learned at Grove is that one rarely starts with writing a score - instead, one has everything blocked out in some fashion. By the time you’re writing out your score you pretty much know how it all goes. For me, two blank pieces of paper are typically enough to give me that “bird’s-eye” view of the complete form. Many of the details might be sketched out in music notation and while they may be in various stages of completeness they are usually enough to start scoring from. And by scoring I’m talking about the process of getting the “primary elements” defined.

One of my worries about Song of the Wind is that it was a different animal than many of the other Grove projects - Big Band, Country, Pop Ballad, et al - this piece needed to have motion without a traditional “rhythm section” to drive the chart. That may not seem like a big deal, but it’s not something I’d done a lot of. I had a modest exposure to classical and modern orchestral music while going through high school and I certainly must have picked up something by being exposed to and playing in wind ensemble and brass quintet at the University of Idaho. But again, facing that blank page and trying to come up with your own “thing” is another matter.

Perhaps the single most important thing Dick Grove taught us in CAP was this: nail down the concept. If you don’t have a full grasp of the concept of your chart, it will show. In other words, America WOULD know the difference!

So what is the “concept” of this piece? Well it actually begins with something non-musical. When I was seven years old I had a View-Master toy - the kind even kids have today although virtual reality versions are taking over - with a collection of the “stereoscopic” 3-D reels. They looked best when looking through them while near a lamp or light source. One image that I loved looking at again and again was a picture of a man walking into the wind. You could tell it was wind by the way his body, hair, clothes and the trees were being moved. The “3-D” image looked dramatic and was something that stuck with me - probably in my childhood mind I imagined some sort of adventure or drama going on with the man. He looked like he was forced to overcome something, but in reality he was probably just a dude caught in the wind trying to get back to his office.

As I’ve mentioned previously, Dick Grove gave us the tools and techniques to write anything and mechanics are important. But mechanics alone make it difficult to sustain creativity through the long haul, at least for me. By having this dramatic scene in my mind I had effectively created a sort of movie-like scene to score to. Now I had a way to apply the tools and craft to something that inspired me.

The music is based on a tone cluster of sounds generally centered around the key of A and makes liberal use of the lydian mode, still irresistible to me today. I think one of my plans was to have the percussionists “play” a few wine glasses with specific levels of water that I would have measured out for specific tones. But it was probably just way more practical to have the strings play harmonics. It must have taken me awhile to figure out how to even notate the harmonics but it was probably all spelled out in Dick’s “Arranging Concepts” or in Burton’s book, “Orchestration”.

Anyway, I basically got the dang thing written, seemed pretty confident, and on the day of the play down I donned my finest and only suit - probably the same one I was photographed three years yearly for my high school senior picture and the same one I wore to my friend Tom’s funeral earlier that year - and walked into the familiar studio for my scheduled play down. It was a bustle of activity that day. The staff had their work cut out for them - there was an AV feed to an upstairs classroom where the other CAP students could watch and listen without being in the main downstairs studio. And of course someone’s gig that day was to run that camera and film all this stuff, in addition to the regular audio engineers (students) who were recording the audio. Quite a production!

As I watch the video today I’m sort of amazed at my somewhat lackluster conducting. Mind you, we weren’t being trained to be virtuoso conductors, but simply very utilitarian keepers of the beat who doled out cues now and then. I didn’t use a stick - maybe none of us in CAP did. I use a stick these days whenever I have the chance to conduct but mostly because I like to have something to hold on to. I’ve lost hold of it on a couple occasions, had it go flying into the audience a couple times during musical theater shows when I got too animated for the pit, and even managed to snag a violinist’s bow from their grip by accident - fortunately no one got hurt and no instruments damaged. Even better, it turns out those sorts of things don’t hurt a conductor’s reputation. It’s all for fun and show folks!

There are YouTube comments that supplement some of these notes - but I’ll repeat a couple things. The guy in the hat with the casual beach shirt is my roommate Jeff Siri. I can’t tell you how much it warms my heart to see him there. It was a big day for all of us in CAP. Most of us were going it alone to some extent, far away from family and working on school and charts to the exclusion of just about everything else. Having Jeff there taking it all in, snapping a photo is just so cool and he hasn’t changed a bit - still the same warm-hearted, curious, funny and earnest person you will ever meet.

The orchestra warming up sounds exotic. The cacophony of them shedding my chart right after passing out the parts makes for a nice prelude. Dick quiets everyone down. On the podium I have to wait a bit until we’re all set - “one measure for nothing” - then the harmonics in the strings. The solo oboe is Chris Bleth - he’s a very well known and respected name in film music today! https://chrisbleth.com

The initial playdown goes very well - the players seem to know how it goes! I have some multi-meter bars here and there and I mess up on my conducting a bit, but the players go one regardless. Harp, guitar, winds, brass, percussion - all doing their thing, just as I wrote it. The motion pretty much coming from the counterpoint of the brass figures and some percussion.

At the end of the first take (about 6:30 into the video) I’m probably very happy inside, but now there’s the matter of having Dick Grove and Jack Feierman give their feedback to me. Their suggestions and encouragement are a welcome relief, but I’m clearly a deer in the headlights even after a solid year of intense writing and doing these play downs. Still, it’s very comforting to have them on my side. There’s clarification of tied notes for strings, something at measure 46 - me trying to decipher my pencil score. That D# in the trombone is clearly the tri-tone of A and that’s exactly what I wanted. Lots of notes. By 8:40 Jeff is now behind the podium taking it all in. I’m sure we’d talk about this back at the apartment and he would likely have many observations and there would be laughter. At 8:56 Dick drops his “diarrhea of the fingers folks” jab to the players about their noodling and that quiets things up a bit, although in their defense they’re simply working on their parts, wanting to execute for the final playdown. There’s an issue with a trumpet part - a small matter of when to breathe! It’s figured out and Dick gives a variation of his “America will never know the difference” line which I’ve appropriated countless times! Jack, being a great trumpeter, gives me some direction on the brass articulations that will help the chart.

Right before the final take Dick leans into the podium and asks me if there’s anything I want to talk about. Wow! By this point I’m overwhelmed - things were going well, but I did wonder about my string harmonics in the opening. It actually sounds great on the recording but it’s possible that in the room the effect (which Dick points out it is) wasn’t quite what I thought it would sound like - in the end there’s simply too much going on, the clock is running, and nothing really to resolve and we just “go with it.” 8-track is rolling now. We run the take - I make a couple minor conducting mistakes but the musicians play wonderfully.

At the end there’s a smattering of applause - a soft but heartfelt “thanks you guys” from me to the players. Only one thing remained and that was to make sure I shake Dick Grove’s hand and say “thanks for everything.”