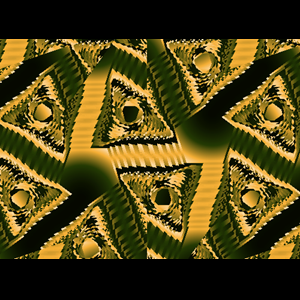 This is the second cue of this “commercial music underscore” assignment. The first cue was “Mystery Radio Theater” and this one probably couldn’t be more of a contrast. This assignment related directly to our “jingle” course with Marc Cashman, although Dick Grove himself likely laid out all the specifications and requirements for us.

This cue is a shuffle with the lead in the trumpet section and sounding every bit AM radio-friendly then as it would today! I played in pep bands in junior high and high school, so for me this was as close to falling off a log for any assignment given. I was glad to have stretched myself musically a bit more with my Mystery Radio theme. The players are all great on this. There’s something about a lead trumpet, when it hangs over just a bit on the last note, that is always great. It’s not a super high note, but the effect is the same. It’s intentional by the player and requires no instruction - he or she knows how cool that sounds that little flare at the end gives the cue a bit of sizzle.

I think by now most of us in CAP were getting comfortable utilizing the tremendous talents of the musicians. We started to know them by face, name, hair, or smile. Our interactions before the playdown were limited to a quick “hey, how ya doing” remark before handing them their part. Not a lot of time for chitter chat - but after so many play downs we, the composer/arrangers, were getting more adept at putting parts on the stands for them that would highlight their playing styles and personalities. Perhaps not to a great degree, but it was happening. We CAP students could get no greater satisfaction than having one or more of the musicians say to us, after handing our parts back, “nice chart” or some other positive feedback.

Dick and Jack must have been acutely aware of this dynamic - player feedback, even if subtle, was a vital part of any budding arranger’s growth. Get something positive and your next chart would be even better. Get something negative from a player and your confidence may take a temporary hit, but at least you’d learn something and hopefully carry that wisdom on to the next chart.

Some brief memories: I’m riding my bike to work down Magnolia Boulevard heading east. I’m on the sidewalk, riding against traffic. No bike lanes back in the day - probably none still. It was the age of “only a nobody walks in L.A.” - sure as shit, but I’m saving gas money honey! I’m wearing my YMCA lifeguard shirt and probably some very short red shorts. I’m trying to be fashionable by wearing some nerdy black-rimmed glasses that have only fake lenses. The very first time I wear these glasses - which, by the way, look just like any black framed glasses - I hear a voice yell out as I pass North Hollywood High: “hey four-eyes on the bike! ha! ha!” See what I get for trying to be fashionable? No wonder I don’t have a clue!

My roommate Jeff was and possibly still is the most naturally fashionable guy I’ve ever known. He can wear anything and look great. And he could do it all for less than five bucks from thrift stores. One evening I’m napping on the couch, trying to get some sleep before resuming writing or copying parts. I’m awakened by some sort of puffy dress - like something out of the 18th century - that literally swishes by head as I sleep on the couch. It’s Jeff and he was trying on something - experimenting and pushing his own limits. Maybe he was using my closet mirror or maybe he wanted to see if he could run in the thing. I turned my head, still foggy from sleep, to see the tail end of his puffy dress float back into his room. I thought I might be dreaming. I must have called out something like, “Um, hey Jeff - is uh...is that a dress you’re wearing?” whereby Jeff proudly came back into the living room and showed me his latest find. He looked good in it. Clearly for a woman, yet Jeff managed to make it look perfectly masculine, with his loose fitting and mostly unbuttoned white shirt to highlight his hairy chest and his wavy curly locks on his head. He was giddy. I was giddy. Life was good!