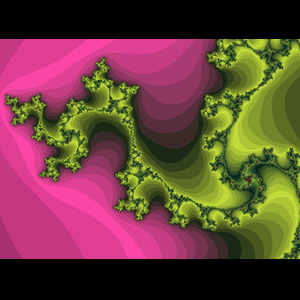 The assignment was to compose and arrange a “funk” tune and this was my original offering. I can’t recall if a vocalist was a choice but I was glad to get to choose my singer: my roommate and dear friend, Jeff Siri. Jeff was in the vocal program at Grove. We met for the first time in the Grove lounge in Studio City. I’d been driving around town alone looking for an apartment - so had Jeff. We were both a bit exasperated. Rents were higher than we’d both realized - and we were both on very low budgets, hoping to pay less than $300 a month if possible. So there we were, both sitting on the couch at Grove, me with a newspaper open to the rentals sections and Jeff, his back next to me, with his own newspaper. We must have overheard each other, struck up a conversation, sized each other up in all of ten seconds, and promptly agreed to drive around together to look for a place. We’d live together as roommates for two years and remain friends to this day and forever.

Jeff had a practicalness, passion and likability about him that made him a great ally for finding an apartment. He wasn’t shy about trying to talk landlords down, playing the “yeah, but I’m a student” card for all it was worth. After many rejections, we finally found our apartment home on Magnolia Boulevard near Laurel Canyon. It was a one bedroom. Jeff would take the bedroom and I would make my “bed” in the large closet which was cozy but suited my needs. My drafting board and casio keyboard were in the corner of the living room. I got the lone parking space. It may have helped that the apartment manager, Frank and his wife (both in their 70s), were Italian and Frank and Jeff had an immediate connection. We had an old couch, a green refrigerator that sounded like a motorcycle when it needed defrosting, and a kitchen table. Not bad for two cavemen. Jeff was by far the better roommate. I was terrible at cleaning up in the kitchen. I cooked horrible concoctions of potatoes, cheese, and mystery meat. Vegetables were probably rare in my diet that year. Jeff dined regularly on crispy cereal and fried Spam sandwiches. We watched Adam-12 reruns and critiqued the music cues. We laughed a lot. Jeff had a girlfriend for a time when we started at Grove. Soon he would have many girlfriends.

Jeff was a seasoned singer and performer before Grove and skilled on guitar, keys and vocals. He knew his way around a groove and how to make things sound funky. I was basically living with a curly-haired, white, fashionable Italian Prince (the artist). And Jeff had (and still has) a knack for fashion that to this day I still lack. He was part of a very popular Portland, Oregon music scene, writing, singing, producing and performing with The Dan Reed Network, a band that was capturing the regional scene and seemingly on the verge of making it to the big time. But something happened and Jeff made his solo break for L.A. and that’s when I met him - he was making a fresh start and setting out on his own.

Jeff poured himself into his Grove studies and singing. He had a Juno 106 synth in his room (which I loved playing!) and GK guitar amp (solid state man!), and probably some sort of drum machine along with some other gear and he was always writing stuff that sounded way more hip than anything I could concoct. He was also striving to fill in the gaps of his own musical knowledge and soaked it all in. I’d often come back to the apartment to hear his rich tenor voice doing vocal exercises - or sometimes singing one of his original songs. One favorite memory was hearing him shed “On The Wings of Love” (Jeffrey Osborne), modulating the chorus up three or four times to build his range, control and flexibility.

As studious as he was, Jeff still managed to make time for fairer sex - in great abundance. While I was often hunkered down at my little drafting table burning the midnight oil to complete a Grove chart, Jeff was burning down some candles of his own! I got used to the gentle knocks on our front door and would greet his girlfriends with all the politeness I could muster. I would alert Jeff that “X” was here for him - I got used to this routine and could only admire him for his charisma and stamina. I pretty much assumed the role of his butler some evenings. “Sir, your lady has arrived. Shall I get the kettle boiling for you? Do you require a fresh pillow or clean towel?”

My romantic escapades during Grove were modest to say the least (sheesh, when would I have had time?!) and my song Take Me Down is a greatly exaggerated account of a young woman I met at a laundromat. While we did have some music interest in common and went on a movie date together, there was no candle burning. I think she was more into another up-and-coming songwriter friend of hers - she gave me a tape of his demos and I was greatly impressed. His name was (and still is) Bruce Hornsby.

Still, my movie-date-laundromat-girl adventure supplied me with some basic material to write a lyric and tune for this funk project assigned by Dick Grove. In addition to the horns and rhythm section, we were writing for EWI (electronic wind instrument) and synthesizer. I think it’s Chris Bleth blowing the solo on his EWI.

This is a pretty campy song, but I like the pre-chorus chord progression and some of the lines. The lyrics make me laugh and cringe. It was a good effort (hey, I had to write something!) but my best memory of the process was probably the prep and just working with Jeff. Me pawing out the chords on my Casio 7000 with a cheesy drum beat while Jeff learned the tune and sang through it. I’m sure he offered some good suggestions. I’d hoped to write something that Jeff would be happy with and that would best showcase his talents - so maybe this wasn’t the best chart for that. Musically, I wish I would have added a short break before the chorus to better set that up for Jeff to sing. Even better: if I could have gotten all of Jeff’s girlfriends while at Grove to surprise him by showing up to sing backgrounds with him in the booth! ;)