The Best Thing For You 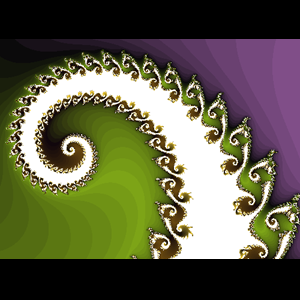 I don’t recall how we were assigned our tunes to arrange each week. This particular song doesn’t have any emotional connection to me, so I’m assuming Dick just passed out lead sheets to each of us somewhat randomly. Later on in the year I think some in the class theorized that he would hand out certain charts to certain students to challenge them or stretch them - in other words, nothing random about Dick’s choices! And it was later on in the term when we were doing the “dramatic ballad” that someone told me that Dick only assigns “Send in the Clowns” to certain writers who he thought could handle (or maybe couldn’t handle) that tune. I’ll talk more about that one later.

I like the sound of this chart. The focus is on two-part writing (trumpet and trombone with rhythm section). I once again employed the fourths harmony device which gives the intro a distinct quality. And I make that thematic by recapitulating the same lines for the ending (something I did not do with September in the Rain).

The players are executing with a crispness that I really like! Love the ending - it’s dramatic and would have required me to conduct it which is also a sign that I’m gaining confidence as an arranger and conductor. We CAP students were beginning to have some opinions about this stuff - and that’s exactly what Dick wanted for us.

At the very end of the recording you can hear Dick making an observation about a drum fill maybe needing to be three bars instead of whatever I had. Dick knows best!

In editing these audio tracks from my old cassette tapes (which held up surprisingly well after all this time) I trimmed out some of the talk and banter, which is mostly heard on the “take 1” versions of the initial read down. After that initial read down of the chart and while the players rest a bit and look things over there was typically some discussion and the tape was still running - sometimes a player would ask for clarification about a note, so it was really important to write out measure numbers on parts. Time was the enemy on the podium. Sometimes Dick would ask the players if there any questions; often Dick would help make changes or suggestions or cuts. He was a master at polishing turds for us in these early sessions! So while you, dear listener, are missing out on some of that banter, you’ll just have to allow that to be in my private reserve and enjoy these “final” takes. Most of us CAP students would only really hear Dick’s comments on tape once we were home after the session as we were typically so focussed on what we’d written, along with being a deer in the headlights of the band, making it hard to take all that counterpoint in. But we would learn to - even that muscle would get stronger with time.

Dick would often say to us, something like: “Some of this stuff I’m showing you may not sink in for another 20 years…” Yes, indeed. If you keep at it long enough some of it does start to sink in. And also, like Dick used to say, you would eventually start to “have an opinion” about it too. I’m reminded from time to time of the things I care deeply about whether they are musical or just life. Sometimes just evaluating whether or not we have an opinion about something is a way to dig a bit deeper and, if necessary, formulate or modify that opinion.