The Only One For Me 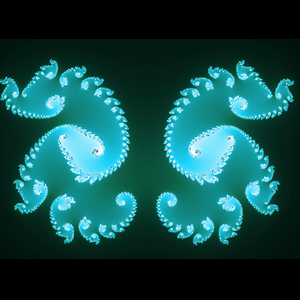 The country chart in CAP was definitely one of the most exciting and rewarding. We’d been learning all about jazz harmony, with all of its rich stacked chords. But Dick Grove was very wise and the country chart was not just a lesson on how to arrange for a country recording session, but a lesson in discipline. Each genre of music has its own characteristics and when one thinks of country music, the word “simple” may come to mind but that’s not entirely true. Sure, harmonically we wouldn’t be throwing in a lot of seventh chords or fancy alterations, but all the main elements of arranging, melody, contour, background elements, rhythm section fundamentals, and tonal colors are at play. And they all had to sound, well, like a country song - which of course is a very broad brush.

I’ve spoken about them in previous notes, but this is Eve Terran and Jeff Siri singing my original song and lyrics. Two of my favorite CAP singers on this chart. And while there were likely many highly successful musicians (or soon to be) playing on our CAP recordings, we were all particularly excited that harmonica master Tommy Morgan was going to grace our session. As a kid, I watched a lot of TV between swim practices - and the Rockford Files was one of my favorite shows. The theme music was so catchy, had such character and seemed to capture the action and charms of good old Jim Rockford. And of course that harmonica! That was none other than Tommy Morgan. And now we CAP students were going to have the opportunity to feature Tommy in our charts.

By this time in my life I’m in a long-distance relationship with my high school sweetheart after a few years apart. I was way too busy for a relationship but I was thinking of her when I wrote this song - it’s a bit cheesy. But without heart and emotion, what was going to keep me going to finish the chart? No, this was mostly heart along with a healthy dose of craft thanks to Dick Grove and his staff of instructors, guiding us week by week through each new challenge, talking through countless scenarios, harmonic choices, note placement, top-lining, voicing solutions.

There was always a moment, typically late in the week as the assignment for the play down became eminent, when all of us CAP students would be chomping at the bit with questions for Dick. We’d all raise our hands, but eventually desperation would kick in and soon the classroom was utterly polyphonic with cries of “Dick...Dick...Dick…” And Dick himself, amused by this and probably well aware of his students’ stress, would cast a steely gaze, take a deep drag from his cigarette and say, “Yeah, same to you.” He’d do his best to answer everyone’s questions, often cutting to the chase by encouraging everyone to simply read the materials, listen to some recordings, and keep in mind all the things we’ve talked about - it would all be fine, now get to work damn it! I can’t quote him on that, but it seems like something he would have said.

During the recording session of this song I was super excited. To have my friends Eve and Jeff singing, Tommy Morgan on harmonica, and the great ensemble. I was proud of the tune I wrote - and I strived to use all the players (strings, winds, brass, rhythm section) as best I possibly could. The first play down was a bit slow but not too bad. The music wasn’t necessarily challenging for the musicians, but the tempo and execution of lines became the main focus for them. It was amazing how after a single reading down of a chart the musicians all knew how it went - no need for deep reflection; just read it down, execute, and perhaps even find subtle ways to improve phrases, like all experienced musicians do. Much, I imagine, the same way a script writer employs economy to their dialog, giving the actors latitude for their own expression and nuance. As CAP students at this stage we were aware of this.

We got off to one false start while getting the final take - maybe someone in the studio booth wasn’t quite ready, I can’t tell from the archive audio. But after that, we captured this take of my little country shuffle ballad. Twangy guitar sets the tone - this is country folks! Tommy is in on his harmonica within the first two measures. Eve and Jeff perform beautifully together. The string parts are generally simple - lots of unison! After the vocal chorus, Tommy gets the solo of course - who else? Eve’s and Jeff’s blend and phrasing are stunning to hear even today.

I think Dick’s feedback was generally very positive. Surely he must have been very happy with the progress his CAP students had made over the four quarters. I think he mentioned that an A&R person might have a hard time with my use of a #9 chord in one section.

Flashback: I’m in Dick’s office - maybe I’m turning in an assignment or picking something up. I try to imagine what it must be like to be him, all he’s done, all he’s written, all whom he’s taught, all who worked for him. Most of my personal meetings with Dick were brief, but this particular one was longer. I’d asked him if he was working on some new music - we’d all heard portions of or most of the tracks from his Big, Bad and Beautiful album, as well as his Little Bird Suite which I feel, with all due respect, is every bit as good as anything Gil Evans ever wrote, including Sketches of Spain, which I know Dick loved (and I do too). I once played Flugelhorn in class to demonstrate the sound and Dick’s expression changed to something I’d never seen before. He was suddenly gentle and seemed like a kid, not the sometimes prickly “take no prisoners” educator - and, for just a fleeting moment, gave me a look, like a friend who wanted to tell me a secret. Of course, if one simply listens to his Little Bird Suite album it’s easy to understand Dick’s affection for the Flugelhorn and the player who was likely a close associate, Joe Burnett. Read more about Little Bird Suite here: https://jazzprofiles.blogspot.com/2010/11/dick-grove-little-bird-suite.html

But on this occasion in Dick’s office he confided to me - he was going to expand the school eventually, get all the materials together so it would essentially be a self-learning course, with perhaps proteges teaching. This would leave him free to write. It sounded incredible and honestly to this day I didn’t have any reason to doubt any plan Dick had - he was a genius. It was exciting to imagine what he might write. It didn’t matter what really, it would have been great to hear - or read, as his prose was always clear and concise. He had a unique knack for codifying things - from chord families, harmonic densities, emotional contours - he had something to say on virtually every aspect of arranging and composing. Dick was a genius and his work lives on.

There’s much about Dick’s life and story I don’t know. Each of us in CAP came to know Dick in our own ways, through our own eyes, experiences and circumstances. It wasn’t always rosy for every CAP student. One fellow student tossed all his CAP materials into the trash at the end of the year, saying, “I’m never going to need this shit again”. I saved a lot of mine. I didn’t know if I’d need those materials, but Dick wrote them so they would always be worth revisiting.