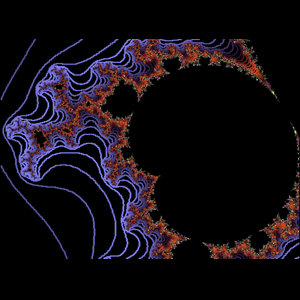 This was my very first CAP playdown at the Dick Groove School of Music. By this point - a few weeks into the term - Dick had us all speaking the same musical language in terms of how to phrase, write an intro, ending and write the “core” of the chart. Dick supplied us with mountains of printed materials. We all had his book “Arranging Concepts” and he referred to it daily. There were other materials and exercises too that he would assign. Right out of the gate, Dick prepared us for what would be an amazing adventure - it would be very hard. We would lose a lot of sleep. Some students would lose their wives or husbands or partners as the demands of the school were so intense. Other students would simply drop out for a variety of reasons.

Other instructors at Grove worked with us on things like conducting, harmony, part preparation and synthesizers. But our daily time with Dick was the main foundation for getting us all ready for this first playdown. As a trumpet player and someone comfortable with jazz phrasing and improvisation this wasn’t necessarily something completely new to me, but putting it all together on paper for a real group was something new. I’d struggled a bit in my two years of college before Grove with arranging and putting together charts. I managed to do some, but with lots of struggle. It’s hard work and without a “working procedure” (something Dick coined and emphasized) young writers can get a bit lost and intimidated. Dick helped CAP students overcome those basic hurdles and this first recording session was a way to get the process going for us.

I remember coming back to my apartment (shared with Jeff Siri, my roommate and a Grove student) and listening to this first recording in a state of wonder and utter amazement. No it wasn’t perfect - but it was something better. It was early proof that I could do this shit! Something I’d arranged had been recorded. Dick’s feedback was positive and I, along with my classmates, was part of an educational environment much more intense than anything I’d ever experienced in my life.

We CAP students were so busy writing charts that it was a challenge to make connections with the players who played them down during our weekly sessions. We were basically in and out so quickly and soon back to our little apartments or back in class. But there is one fellow I’ll mention by name: Chris Bleth. Chris was a regular on these CAP sessions and a master woodwind player. I don’t think Chris and I would have anything other than very casual conversations during Grove, but he turned out to be an acquaintance of my future wife, Christel, and friends with Christel’s friend and employer Paul, who played jazz guitar. Chris Bleth is still very active as a recording artist.

A few years after Grove and around the time my wife and I had our first child, I was trying to put together a demo which was a mix of MIDI tracks and live sax - Chris came over to our apartment and quickly recorded the tracks. When I tried to pay him he wouldn’t accept payment, saying that we needed that diaper money - he was right! Chris plays the oboe on a tune I wrote and arranged with my Grove classmate, Wade Marsten, “Here Comes The Rain” which is on our “Two Voices” CD from 1991 - our duo was called Bird From Mars. While we had big hopes for Bird From Mars, fatherhood and being close to home was more my calling during that important time. There would be lots of time for music and I wasn’t about to torture myself with trying to “tour” and do all the promotional stuff an indie group in the 1990s needed to do - the Internet wasn’t even a thing yet. My intuition told me that it was time to hunker down, go solo, be a husband, and be a dad.

The party was not over - it was only getting started!