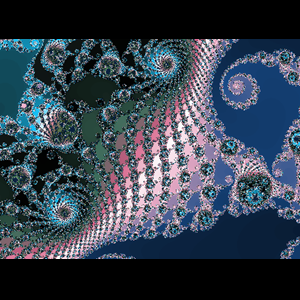 This is the “Broadway” chart and I was assigned (or picked) this tune from the musical Oliver! This is the first time we were writing a chart for both a large ensemble and featured vocalist. I’m not sure how we were assigned our vocalist but I’m assuming it was somewhat random. I believe this singer’s name is Mark. I’m sorry to say I don’t know his last name. He was in the vocal program and doing his best to learn the ropes and develop his chops. I do remember chatting with him in the halls at Grove, talking about music; I think he was married or had a live-in girlfriend and possibly even had a child. I recall him saying how he cut himself shaving when his wife or girlfriend pushed him on the morning of one of our sessions. Strange the things we remember.

I didn’t know it at the time, but I would eventually develop a deep love of musical theater and would go on to direct many theatrical shows in my town, Corvallis, and Oliver! would be one of them. I still long to write a complete musical. I’ve written one although it’s incomplete (Goodbye L.A.) and music for a play that was turned into a musical (A Cowboy Named Lightning, written by former Hollywood starlet Dorinda Clifton).

I think I saw the movie Oliver! as a kid so I probably had a reference point for the drama and the melancholy of this little orphan guy. My arrangement has a long and slow intro/verse, but that’s sort of how the tune goes! One of the many challenges in arranging any tune is deciding if or when to deviate from the original song’s form, chords, and/or melody. It’s only natural for an arranger to want to put their personal “stamp” on the tune. But on a Broadway number like this sometimes the “right” choice is to simply do the tune the way America damn well wants to hear it. (And I’m definitely channeling Dick Grove with that comment!)

Leading into the double-time section I think Mark says “Who will fly” (instead of “buy” - which is funny, although at the time I was probably a bit bothered) but it’s “live” in the studio and this is the final take so we charged on. Mark does a nice job on this vocal. Remember, we’re all students here. We’re learning and growing and we had ten minutes to perform this chart once and then record it. Not too shabby!

One of the many facets of the CAP program at Grove was that we learned to write in so many different styles and settings. That was brilliant. Yes, there were times when we’d all look around at the world, turn on the TV or listen to the radio and wonder, “how the hell is what I’m learning going to fit in with this modern world?” Well, the short answer might be simply this: find a way. But the longer and more nuanced answer is that at Grove we were learning how to learn, and learning how to adapt what we learned to any style of music.

In the “real” world during this time there was a wealth of new popular music on the air waves. The music being composed for movies and TV shows were utilizing more synthesizers and drum machines - this had direct consequences for percussionists, wind, brass and string players. There was some concern by us CAP students whether or not we’d be writing for “real” players or synths in the future. In some ways it mattered (it’s great to write for musicians who play traditional instruments) but most of us dabbled in synths anyway so we were going to write one way or another. In 1988 or 1989 I was in the recording studio with fellow CAP student Wade Marsten. We were recording a couple tunes (“I Never Really Wanted You” and “Diamonds in the Dust”). Talking to the sound engineer before we got started recording he mentioned that the night before he’d recorded a rap group. He asked them what they wanted to record first and apparently the guys said, “show us what you got”, which presumably meant the sound engineer was going to be working along with them to create “beats” and riffs as a backing track for their rap verses and/or chorus hooks. This was interesting. I wish I could have been at that session to watch - the creative process of writing and arranging music takes on many forms and allows for many different approaches.