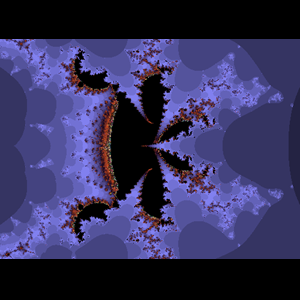 Like the brass quartet piece, this woodwind quartet was an in-class assignment and was not recorded in the downstairs studio. And once again, I got the assignment completed and brought my portable tape recorder with me to capture my little masterpiece! Actually, writing for woodwinds was a bit intimidating for me. I’m a brass player (trumpet/flugelhorn) - so the nuances of winds, their fingerings, and general fear of writing something that simply “doesn’t work” were all very present. Fortunately, Dick Grove gave us great overviews of all the instruments - if someone played flute or clarinet then Dick might ask them to bring it to class to talk about this instrument. This was great on many levels - we got to know our classmates better and learn directly from them. I brought my trumpet and flugelhorn to class one day and it was fun. Dick seemed really happy to hear me play a bit. Dick strongly suggested that we basically take a break from playing our instrument(s) while in CAP. Focus on writing. And while my own practice routine went out the window for trumpet, I continued to play enough to keep my chops up - and it was a good way for me to decompress. I love the resonance of trumpet and flugelhorn. It just feels good to make sounds - it’s primal for me.

This little woodwind quintet was a success on this particular day - I probably overcame some insecurities and we were of course spoiled by how talented the players were since they could make anything sound good. Still, my approach demonstrated some confidence and I was expressing some strong musical ideas, but trying not to take it too seriously. It was a fun assignment and I think all of us in CAP learned a great deal from each other.

I titled this piece “Car People” - it was a serious title. Living in L.A., I’d never before seen so many homeless people. It was staggering to my young mind. I would walk or ride my bike past many people living on the streets and some in their cars. The title may also refer to how we truly were “car people” - I was sort of an anomaly in 1986 riding my bike to class every now and then. Without bike lanes I’d ride on the frickin’ sidewalk and get annoyed looks from pedestrians - but to ride a bike on Ventura Boulevard would be crazy; much better to piss some folks off on the sidewalks and live to tell about it!