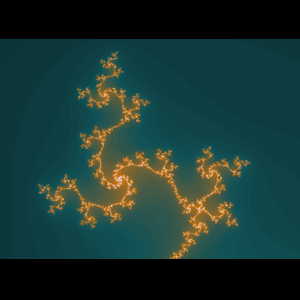 This was not a chart for Grove, but I (somehow) managed to find time to write it - we must have been between terms and while I’m sure I visited the beach (probably Manhattan or Redondo) I wrote this little combo chart! I was writing lots of songs too around this time - music was gushing out in all directions. It didn’t matter if there was a reason for the songs or charts - the only thing that seemed to matter was that they simply must get written. I see tons of evidence for this in my plastic tubs where I archived my Grove projects, class notes, and assignments. In between my Grove materials are peppered in numerous other offerings - lyrics, stories, schemes, you name it. Lots of songs bubbling out and seldom enough time to get them all recorded. And that’s still the way it is for me today!

As mentioned previously, I worked at the YMCA during my Grove year and met all sorts of interesting people while lifeguarding the pool - actors, directors, yuppies, retirees, et al. Everyone seemed to have an angle, a hobby, a story, a passion - always something. This one guy I met fell into the category of a retiree, but he was still hustling. His name was Bob. He’d mentioned he was really into jazz and had a huge record collection. So even though I didn’t really know Bob or know if he was a serial killer or who knows what, I took him up on his offer to visit his apartment and view his collection. Well, Bob did indeed have an amazing record collection - and he didn’t kill me! As I came to know him better, it turned out that Bob was a genuinely nice person. While visiting, he said I could pick out any record I wanted. I think I felt bad about taking any records from him, but he had thousands of them! His apartment was basically a record store with a bed in the middle of the room and that was about it. I think I probably took one of his Basie records.

Meeting Bob was interesting - a complete stranger, a guy who swam at the YMCA, retired, and many stories to tell. I’d stay in touch with him through a good part of 1987 - he would call and ask if me and my girlfriend at the time wanted to take part in some market research sessions which earned us an easy $40 cash. Again, one of Bob’s many angles. He was a hustler and a nice guy. Probably damn lonely too and I’m sure he enjoyed our company and we enjoyed his.

Bob told me that he had some friends who were musicians and he regularly attended their rehearsals to listen and hang out with them. He invited me and it must have been a somewhat free time for me because not only did I come to their session, but I brought a new original chart with me for them to play down! This Dick Grove stuff was pretty cool - I probably cranked it out in two or three days between watching Adam-12 reruns with my roommate Jeff. I don’t know what I was thinking really - the guys playing on this recording are clearly all pros, but many of them might have been retired. I don’t think there was any read down - I just handed them the parts, probably mentioned it was latin with a swing bridge, and they just played it down. I had my tape recorder and managed to create a little extracurricular CAP session of my own.

Tujunga Avenue was a main road near our apartment in North Hollywood and to my Pacific Northwest-raised tastes it sounded cool so that was the title, or simply Tujunga.

It’s a pretty cool little combo tune, not unlike some of the charts I’d played in high school for gigs. Not particularly modern or boundary stretching, but at this phase in my composing/arranging life I was mostly of the mind to write tuneful charts that work on the first read. To some extent, I’ve maintained that approach with the various groups I play with today. Most people’s attention spans are short and members of bands or combos are notoriously impatient - not much time for a long drawn-out and complex tune unless you’ve got the money to compensate folks with - then suddenly their attentions are held!